We recently welcomed DayDayCook, a China and Hong Kong-based lifestyle cooking platform, to our portfolio. The company announced its $20 million raise, led by Talis Capital with participation from Ironfire Ventures, which will be used to step up its expansion.

Matus Maar, managing partner & co-founder of Talis Capital, said, “We are thrilled to be partnering with Norma and DayDayCook. Norma is clearly a visionary in terms of where food and cooking commerce is heading, and is an overall impressive leader. Under her leadership, DayDayCook is the leader in the Content to Commerce Chinese food and cooking category – and with ecommerce sales swelling to US$1.5 trillion in China alone last year, we are looking forward to seeing DayDayCook capture a big piece of this.”

Read more about the raise on TechCrunch below and on why we invested on Medium.

We’re thrilled to continue backing Hans-Christian, Avinav and Samantha and the IMMO team. The company announced last month it had raised €3m additional capital from Talis Capital, HV Holtzbrink Ventures, FinTech Collective & Surplus Invest in its oversubscribed Series A financing round. The investment brings the total Series A to €14m, and the company has also raised over €60m in real estate capital for deployment through its residential real estate platform.

Massive congratulations to our portfolio company Ÿnsect on its latest raise! The round brings the total raised to date to $425 million: more than the total amount raised by the entire insect protein sector globally.

2020 will be remembered as the year that education changed forever — or, at least it should be.

With 90% of students globally unable to attend classes in person and teachers switching to holding classes via Zoom, WhatsApp and Microsoft Teams, the sector can no longer hide from the urgent need to digitise and embrace technology.  While EdTech is certainly not a new market, in recent years the sector has seen increasingly more capital. In 2019, $1.7bn was invested in EdTech companies in US, seeing $7bn worth of investment globally, entering the new decade with 14x more capital than the previous.

Cecilia Manduca and Thomas Williams take a deep dive into the education sector’s slow journey to digitisation, and the opportunities that it presents for entrepreneurs innovating in the industry.

Following on from Beatrice Aliprandi’s deep dive into the complexities of innovation in female healthcare, you can now access all of the materials that inspired the piece. (Missed it the first time round? You can find the full research here and on the link below.)

This quarter we made three key promotions within our investment team. Tom Williams, CFA has been promoted to Partner, with Beatrice Aliprandi and Kirill Tasilov both taking the role of Principal.

Vasile Foca and Matus Maar, co-founders and managing partners at Talis, said: “Talis’ self-driven culture gives opportunities to its team at every level to take on their own deals and build investor competencies, and seeing Beatrice and Kirill run with this opportunity has been hugely gratifying. Tom has been a critical figure at Talis from its early days, so being able to reward his massive commitment to the business is fulfilling and well-earned.”

Vasile Foca and Nicole Eagan from Darktrace will be speaking at this year’s (virtual) Web Summit in December, looking at how Darktrace became the leader in cyber AI that it is today. Vasile is also hosting talks on Startup Sessions: Myth Debunking and a Pitching Masterclass. You can get your tickets here.

It’s no secret that the mental health epidemic is real, and in light of the current environment, we’re aware that our founders and their teams are pushing

themselves harder than ever. To support our founders with navigating the complexities of mental health issues within their teams,

we’re partnering with InsideOut, a company that will provide mental health training workshops for our founders in our portfolio in November. 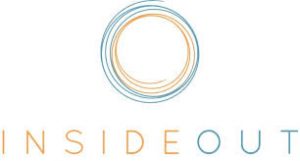 Following the success of our Office Hours initiative launched this year, Talis Capital is back with its next Office Hours dates, which aim to support underrepresented founders. In November and December, we’re looking to help BAME founders and female founders respectively. If you’re a pre-seed or seed stage founder in the UK, US and Europe looking for advice, and you fit our criteria, we want to hear from you! 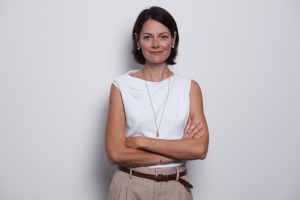 Darktrace was founded in 2013 by Poppy Gustafsson, Dave Palmer, Emily Orton, Jack Stockdale and Nicole Eagan. Achieving unicorn status in 2018, in 2020 Darktrace has offices across Europe, North America, the Middle East, Asia and Latin America. CEO Poppy Gustafsson and CTO Jack Stockdale were appointed OBEs in the Birthday Honours 2019, in recognition of their services to cyber security. Talis Capital led the company’s Series A in 2015.

We caught up with Poppy to take a look at the journey so far, looking back at the company’s biggest milestones, as well as discussing leadership advice and Darktrace’s vision for the coming years.

Our Principal Beatrice Aliprandi talks about her journey in VC so far, what we’re looking for in 2021 and her mission to fund the women’s healthcare revolution with European Women in VC.

The Talis Knowledge Hub is a one-stop shop for founders from pre-seed to Series B, providing a library of high-quality, curated resources, gathered from experts across the VC and tech sectors.